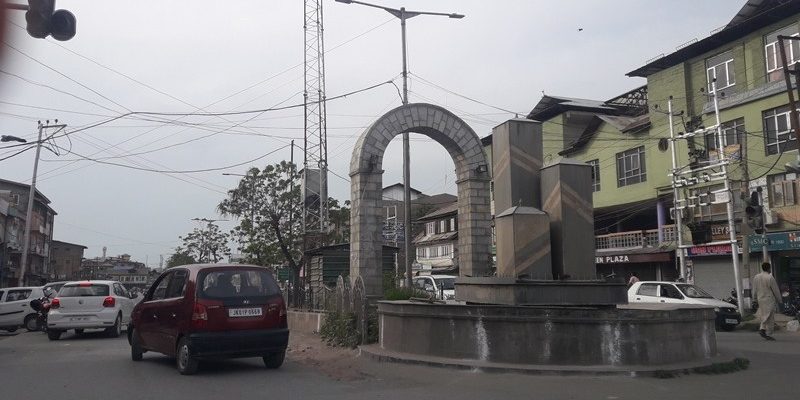 Within a month will make them operational: Deputy Mayor

Srinagar, July 20 (KNB): Known for the scenic natural beauty worldwide, the Srinagar city being the heart of the Kashmir valley, deserve installment of beauty enhancement projects not throwing to the wind after spending hefty amounts building such plans. Such is the case with several fountains lying defunct for quite a long time.

As per reports, some fountains are even yet to be commenced to operate since their completion like a fountain in Dargha Hazratbal near Rumi Gate, Kashmir University.

The park around reflects the carelessness and mismanagement on the part of the administration for it has grown more than three-feet unwanted grass all over.

“I personally support these things as they adorn the city and give a pleasant feeling. It could have been a Jewel in the crown as it stands at a place where there is a university on one side and the Dargha shrine on the other” said Manzoor Ahmad, a student of Kashmir University.

He added, “However, This fountain has been defunct since it was established and mirrors an ugly look where it is supposed to augment the beauty. I would suggest the government to waste the money if it is difficult to carry and maintain them active. Instead it should be invested where outcome good”

This is not the only non-functional fountain in the city, there are many others within the similar miserable state. The fountain at Rainawari is also in discarded state presenting a picture of unpleasant scene.

Similarly, as per sources, there are other fountains installed at various prominent places like fountains at Zero Bridge Rajbagh, Karanagar, Kanukadal, Khaniyar.  These were also built long time back.

When contacted, the sitting Deputy Mayor, Sheikh Imran told Kashmir News Bureau (KNB), “The fountains were built but operation costs were not considered.”


“Now, in this regard, we have taken up the issue of defunct fountains and passed a resolution in the council. We have also prepared budget for it and looking for a company to maintain it. And within a month they will be operational.” (KNB)