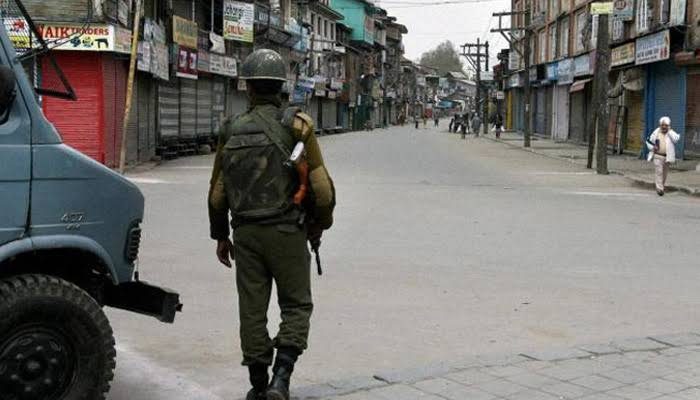 Srinagar, May 25(KNB): Kashmir valley contiues to remain shut on second consecutive day on Saturday against the killing of militant commander Ghazwat-ul-Hind, Zakir Musa and a civilian.

All shops, schools and other business establishments remained shut in the valley due to a strike called by Hurriyat (G) chairman Syed Ali Shah Geelani against the killing of Musa and a civilian Zahoor Ahmad, a resident of Naira Pulwama who was killed by unidentified gunmen on Thursday while internet services continued to remain suspended across valley.

Public transport was off the roads, but thin movement of private cars and auto-rickshaws was witnessed.

Moreover, Train service on the Baramulla-Banihal line remained off the tracks.

Pertinently, Curfew continued to remain imposed in parts of the Kashmir valley on Saturday as a precautionary measure to maintain law and order.(KNB)