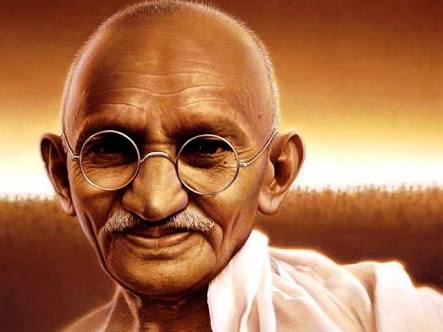 Bilal Bashir Bhat
Srinagar, Jan 30 (KNB): With Kashmir remaining on boil time and again due to the lingering political crisis resulting in loss of precious lives and properties, the sane voices in trouble-torn Valley are witnessing a ray of hope to settle the complex political issues of Kashmir by following the nonviolent ideology and strategy of Indian independence movement leader Mahatma Gandhi.
Though the Gandhi’s life itself ended while resisting hate and violence after he was gunned down on 30th January 1948, however, his life based on nonviolent activities led to India’s independence is an inspiration and exemplary for civil rights and freedoms across the world. Numerous writers, historians and analysts are of the belief that if Gandhi had lived on, Kashmir problem would have definitely been resolved.
The death of Gandhi is irreversible, but his ideology, methods and views to combat the political situation like Kashmir is not restricted to follow or adopt. Although the political crisis in Kashmir weighs not more than of Soviet Union, Iranian Revolution or India’s freedom movement, however, three generations have been consumed by the conflict in Kashmir. The dispute still continues, making it suitable to evolve a strategy by which annihilation could be brought to end on the lines of Gandhi’s nonviolent mechanism.
In today’s world any incident of violence is attracting insufficient attention rather it used to be a matter of great concern earlier. The excessive military presence, rigid approach adopted by the ruling power in New Delhi and, most importantly, the grave rights violations make intensive protests a suitable option in Kashmir, however, as a historical fact “violence begets more violence” is wounding Kashmir without interruption from past seven decades.
Prominent figure of Diaspora, Nyla Ali Khan states, “the youth in India, Pakistan and Kashmir clamor for democratic rights, efficient governance, a stable infrastructure, and a much less fractious polity, which would restore pluralism in South Asia. The electoral principle is a discussion, not autocratic decisions, adding, the prevalent uncertainty in South Asia helps in the institutionalization of corruption, and opportunists make hay while the unpredictability remains unresolved.

“Obviously, an important challenge then and now is the restoration of a democratic process in India, Pakistan, and Kashmir, the validation of a secularism that recognizes diverse religious identities and allows for the accommodation of those identities within a secularist framework, creating new openings for people, including the young, to discuss public issues and become active participants. The aims of that process should be repair of the frayed ethnic fabric in all parts of the Indian subcontinent. In a democratic set-up, however flawed it might be, the will and aspirations of the electorate are ignored by politicians at their own peril,” Nyla adds.
“The creed of Nonviolence is still relevant and various movements have discovered the power of nonviolent civil resistance and achieved their political goals without much bloodshed but unfortunately our Kashmiri leadership yet has to discover the power of nonviolence and teachings of Mahatma Gandhi. Yes Mahatma’s philosophy is still relevant to settle the vexed issue like Kashmir but none among us is ready to invest time and energy to understand Mahatma and his message, says Mushtaq Ul Haq Ahmad Sikander, an independent Researcher and Activist.
Given the situation prevalent in Jammu and Kashmir, Nonviolence as a philosophy provided by Gandhi needs to be understood in resolving disputes importantly to stop bloodshed. In a very real sense, nonviolence is the leaven for the bread that is a new society freed from oppression and bloodshed, a world in which persons can fulfill their individual potentials to the fullest at least without losing his/her precious life. (KNB)