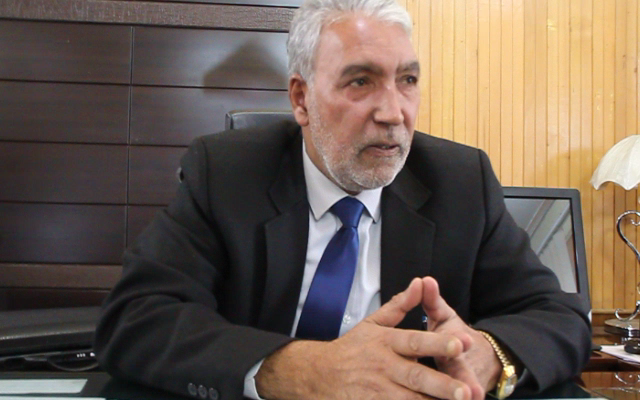 Bashir Ahmad Khan,  Srinagar Municipal Commissioner is an experienced administrative officer  . Since, SMC is most of the times in news for all the wrong reasons and embedded malpractices, in an exclusive interview with The Kashmir Scenario, Bashir Ahmad Khan discussed these very diverse challenges and realms.

What are your top priorities as you have recently assumed the charge of SMC Commissioner?

My number one priority is to ensure efficient sanitation and cleanness related paradigms in entire Srinagar City  .Sanitation is core part of our mandate area. We want to see a clean and green Srinagar city . Our other priority is to ensure that out footpaths and streets are encroachment free for passage of pedestrians in a hassle free manner. Among our other top priorities is to weed out the menace of illegal constructions. Ensuring an efficient network of street lights is also our key concern. The construction of world class abattoir so that people of Srinagar get hygienic and clean meat is also top concern and we are in this regard seeking world class mechanisms to build same .We also want to tackle effectively the dog menace.


How do you envisage to tackle the ‘Dog Menace problem ‘as not much headways have been accomplished in this regard ?

I am delighted to share via your medium that with the help of esteemed Union Minister Maneka Gandhi, we will be soon able to set a sterilization centre on 90 kanals of land,  which involves  the collaboration of Tata Group and after establishing  this  sterilizing of 30 to 40 dogs  is possible on everyday basis  .Thus, effectively this problem can be handled.

What is your take on problems being faced by masses with reference to Achan Dumping Site especially bad odor in surrounding areas ?

One has to go back in history as Achan Dumping site was notified in 1985 as dumping site. It was for the waste management of entire city and the census of that time reveals to us  that in the year 1985 there were no constructions within 1km of Achan Dumping site and in the area after it just 18 houses as it was clearly notified as green area. Now , all those  who have built their constructions in the area tantamount to those who use a drug which has been proscribed. Still, we   have been trying level best to improve and in one land filling site we have created such beautiful environ that one can even sip a cup of kehwa  at that place  .We had also started planting of trees which will be carried forward now after bit of pause. Some big land owners are now using paid boys to pelt stones on our drivers which has injured so far our 20 drivers. They want to illegally shut the dumping site so that their land prices go up.

Honorable CM has also constituted a committee to look into matter of Achan Dumping Site  and I am also member of that committee. We are traveling to Bangalore to study the mechanical segregation and Management of waste which will be useful for improving the overall working  of Achan Dumping site .

Your take on corporate house construction as despite several years it is still not complete?

You are right. When I joined I told to my Financial Advisor what nonsense is this as we have kept in front huge steel bars as if we are doing some illegal work and on inquiry it was revealed that the contractor had stopped worker. He had given it to some sub contractor who wanted money regularly which is against the spirit of contract as one has to first complete the contract first  .Now, we have streamlined the process and corporate house would be reality soon.

Some urban development experts are criticizing the column vise design used  in construction post floods. Your take on this ?

Our area of work is building permission and we have nothing to do with design permission. Still, I would like to state that on account of being on seismic zone 5 and a fragile area with bitter past experiences, the column vise construction design is the best design because  it can hold the roof in case of a  calamity .

Several areas especially posh areas like Rajbagh and Jawahirnagar are complaining commercial constructions in the name of residentialconstructions ?

I have made it a point to not to give any new commercial  permissions since I have taken over.  I would like to share that by ending May according to commitment made by the Chief Town Planner new master plan would be ready and it will then open to discussion. We are striving in new master plan to ensure quality development not haphazard development. We too have reports of illegal  commercial constructions from these areas , in these cases  I would like to state clearly that we are evaluating all cases .Unfortunately in the back drop of devastating 2014 floods people did not draw  correct lessons; from municipality they took permission of residential building but have built commercial.


So, shouldn’t such violations face action ?

Definitely, all illegal, unjustified and without permission  constructions will soon  be demolished and nobody can escape.

What is being done to improve the permission paradigms?

It is quiet a burning area. Since I have taken over as SMC Commissioner I have ensured no fresh commercial permissions would be issued .Even in residential permissions we are bringing number of  reformative  changes – seeking to know where the owner will keep his vehicle, soon from plinth to ground floor to top floor on every construction step a certificate from ward officer after proper monitoring would be required from aspiring house builders.

What is being done to improve the ward officer working because same has been subject of tremendous criticism owing to corrupt practices?

Ward officers are the eyes of Municipality Department since  they report the violation first. It is categorical instruction that wherever ward officer resorts to deviation, corruption or malpractice he will have to face tough punishment and lose job.

Your message to people?

I appeal to people of Srinagar to help us make clean and green Srinagar .We should conserve our resources like water .We appeal to people to raise their conscious levels . We are now city of 16 lac and after some years would be city of two Million, so we should make our city beautiful and worth living. We should learn to manage waste generated at  home in better way . We are already in this reagard  providing households  with dustbins. We should never take goods in polythene bag .

And, lastly important thing to share is that we are envisaging to create green lung spaces for downtown so that people can breathe fresh air and choking will end.