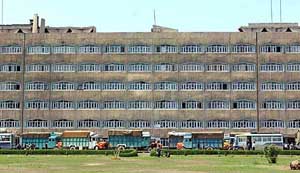 Sources have revealed that Darbar Move this year to Winter Capital Jammu would be preponed ,and is likely to begin immediately after Eid
.

Sources state that the norm of shifting Darbar Move to Jammu in November this year has been commenced earlier to last week of September in wake of unprecedented curfews, killings and unrest that has engulfed Kashmir valley since 8 July after killing of Militant Commander Burhan Wani.

The state is hoping to get things back in track administratively by calling for shifting of Darbar Move offices earlier to Jammu.