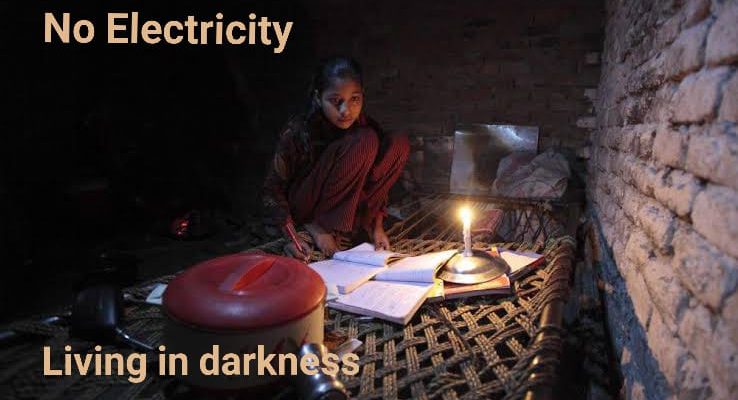 Baramulla 12 June(KNB):While showing resentment over erratic power supply and blackouts residents of upper villages of Rafiabad on Wednesday staged a protest and chanted anti PDD slogans against the frequent and unscheduled power cuts and blackouts.

Though the department concerned is often seen apologizing for power cuts most of the time for repair work, there has been no respite from unscheduled power cuts and blackouts. The residents here have to remain without power even in the evening and night hours since last month. The hide-and-seek game of electricity is not only affecting the students and common people, but has also affected the functioning of government offices, banks and other business establishments.

In most parts of the Rafiabad especially in upper villages of Rafiabad power woes have pushed the people to immense inconvenience and has make life of people miserable.

According to the residents from several villages of the Rafiabad which include Panzlla,Balhama,Ladu,Sialkot,Patoosa, shutloo Brandub,Ladu they are facing prolonged power curtailments and blackouts without any proper schedule.

The residents from these villages revealed that electricity disappears for the whole day and most of the times it vanishes completely in the evening.

The residents said their residential localities have plunged into darkness owing to the erratic power supply.

The residents revealed they were facing acute power shortage and the unscheduled power supply had become a cause of great concern in their areas.

They said the students were drastically affected due to prolonged power curtailments.

“For past one month we are facing unscheduled  power curtailments which continue for several hours together. I should say the electricity vanishes for the entire day at times we do not see any power in evenings. In 24 hours we are provided with power for only two to three hours,” a delegation of residents from various upper villages of Rafiabad constituency of North Kashmir told while talking to Kashmir News Bureau.

“The curtailments have not only become annoying for our locality it has badly impacted our daily routine especially the studies of our children,” they added.

Across the Rafiabad, the curtailments have drastically irked the residents of various areas. The residents from several other villages of Rafiabad including Khushipora, wanpora, Naribal,Dachinpara narrated same story.

The inhabitants of different places however alleged there was no schedule as electricity would vanish completely for hours together.

“There is no power schedule. Sometimes electricity comes for 2 to three hours a day; at times not at all told residents from Panzlla village.

Farooq Ahmad Mir, a resident of Panzlla Rafiabad, while talking to Kashmir News Bureau said, “For the past one month, electricity is playing hide and seek. It comes for an hour and then again there is a power cut for three to five hours. It has become difficult to cope up with such frequent breakdowns, especially during nighttime. The department should do something to make the life of residents easy.”

Meanwhile the aggrieved residents of upper villages of Rafiabad demanded immediate intervention of the higher authorities for resolving the issue.(KNB)