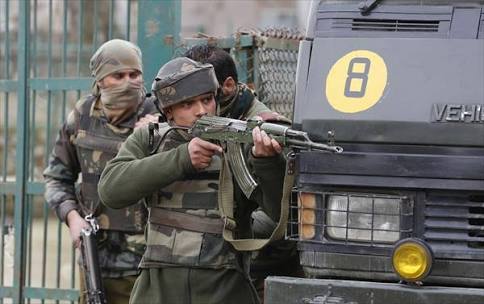 One policeman was killed, and three other were injured in Militant attack on Dpl Pulwama earlier this morning.


According to Sources, policeman was identfied as Imtiyaz Ahmad Shiekh.

Sources added, “miltants have taken place in residential blocks where families are still believed to be trapped”.

According to reports, two or three militants are believed to make entry into district police line.


However, firing was going on when the last reports came in.