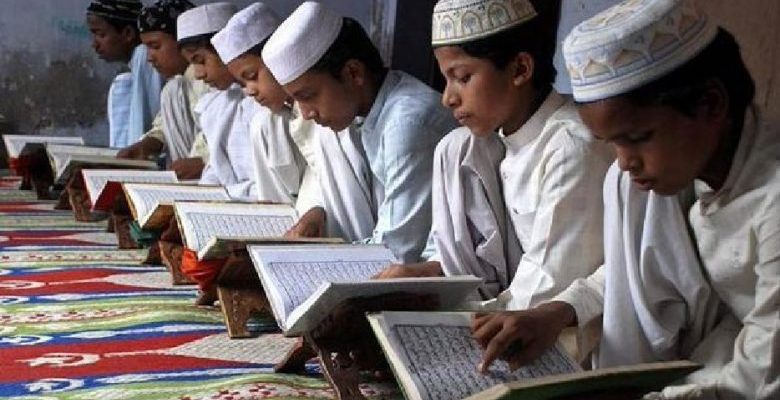 Srinagar, Sep 30: Madrasah derived from an Arabic word ‘daras’ which means study, madrasah literally means place of learning for students that we called school. Madrasahs are normally the Islamic institutions that every eye know, plays a key role for preaching of Islam all over the world.

Madrasahs have produced many prominent scholars that their contribution for the world cannot be denied. The first madrasah was introduced at the estate of Zaid bin Arkam near tge hill called ‘safa’ where Muhammad (SAW) was teacher and his followers were students. After migration, madrasah of ‘suffa’ was established in Madinah and Ubada ibn as samit was appointed as teacher. In the framework of madrasahs teachings of Quran, Hadith, elocution etc were taught.

Grassroots voices are since long calling for reforms in Madrasa education system to make the meet the need of current times. Be it valley of Kashmir or other parts of the country the voices are urging that holistic reforms are the need of times.

Even commoners are urging that time is ripe for much needed improvement in the Madrasa education system. Gulzar Ahmad , a commoner stated – “ First of all we need to have idea on the statistical information on Madrasa system. The undesirable fact is the government has no idea how many Madrasas are there in State. Or at least, the confused answers have been given to this question from time to time. Madrasa system of education should be made more tolerant to other faiths and thoughts as hateful interpretations and thoughts being propagated on some instances have brought disrepute. The demand of comprehensive and competitive times should be taken into consideration while we embark on reforming and seeing the further scope of improvement in the education system of Madrasa education system.”

Along with these teachings they were practicing horse riding, martial arts and athletics, handwriting and calligraphy according to need of time. In transit of time madrasahs introduce many religious activities in addition of subjects like mathematics, astronomy, astrology, geography, alchemy, philosophy and occultism. In spite of all this they were lacking scientific study but from golden age that is 8th to 14th century Islamic education experienced highest literacy rate.

In medieval Islamic world elementary schools called maktabs introduced which were of primary and secondary level. Islamic metaphysics started to be taught in this era. In the gradual journey of time each necessary things like scientific study, manual skills, practical skills etc became the part of mardasahs. But in present time when we look at madrasahs, they are confined to the basic teachings of religion only. If science and technology will go along religion education, it would empower students with better innovations, discoveries and help them to gain better livelihood for themselves and they can compete with their counterparts without compromising in religion. Knowing about technology would provide them broader outlook of life where they can understand world in a better way.

Great poets like Maulana Rumi, Dr. Sir Mohammad Iqbal should be taught in them with their biographies and literary works will help students to reach new heights. Philosophy in context to Holy Quran can assist students to understand society better way.

Revamping our present madrasahs according to above mentioned rationales become very important. From last few years Ministry of HRD are running schemes for the betterment in the quality of education in madrasahs and infrastructure development. Under these schemes they are providing financial assistance to madrasahs and they should avail it.

Those who have researched from a close range the Madrasa education system also voice their concerns for reforming the system.

Mushtaq Ul Haq Ahmad Sikander is a Valley-based Writer, Activist and Independent Researcher, who has also recently authored his debut book Bridging the Divide: A Call for New Dawn states –

“The first and foremost is issue related to Madrasas is their financial transparency and accountability that is missing in our Madrasa education system. The other burning issue is reforms in curriculum and syllabus. All the main madrasas almost work on 17th and 18th century outdated models of curriculum, pedagogy and textbooks which needs to be changed and Madrasa system also needs to be come out of conservative corridors and allow space for healthy arguments and incorporate same in their students and also much needed scientific temper. (KNB)