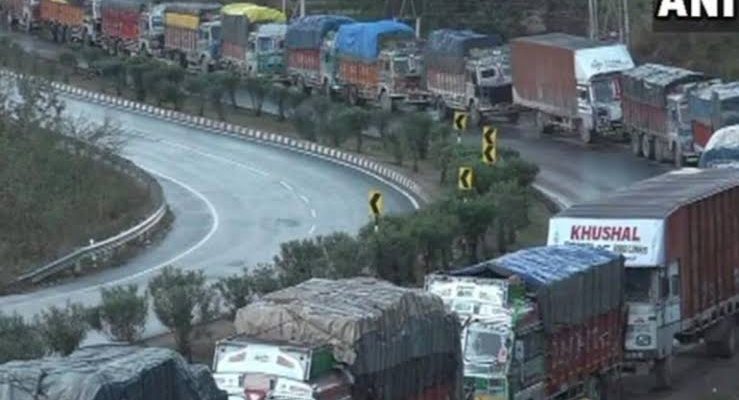 Srinagar, July 18 (KNB): According to reports,  the Jammu and Kashmir state is at the risk of facing  2,000 Crore Rupees loss due to the highway restrictions.

The Jammu and Kashmir government on July 1 barred civilian traffic movement for five hours daily between 10am to 3 pm on a 96-km stretch of Jammu-Srinagar national highway between Nashri and Qazigund to allow unrestricted access to the Amarnath pilgrims. The highway connects the Kashmir to the outside world. The restriction on the highway is to continue for 46-day Amarnath Yatra pilgrimage.

A similar ban was imposed, following the February 14 car bomb along the highway in Pulwama in which 40 CRPF troopers were killed, on civil traffic in April on highway between Baramullah and Udhampur for two days a week to ensure safe movement of security convoys during the parliamentary election. However the ban was completely lifted on May 21.


While talking to KNB regarding highway restrictions, a fruit dealer on anonymity basis said “It is very unfortunate that the govt. imposed restrictions along the highway. It affects our horticultural and other production adversely. We have some variety of fruits like Centros (Aaerr), Pear (Tang) which rot very soon if they get stuck in the traffic. It hurts our economy”.

Hasnain Masoodi while referring the Union Budget 2019-2020 anti-farmer said, “with little relief to the 22 crore farmers: combining PM Kissan Saman Yujna with the budgetary demands helps the government to conceal the downslide in budgetary allocations for agriculture and farmer welfare. The benefit under Saman is to elude 55 percent of the farmers as the benefit is linked to land and 55 percent of the farmers are landless”

Masoodi also said the government is showing negligence towards removing the bottle necks for increased production of Saffron “the most important crop of the state”.