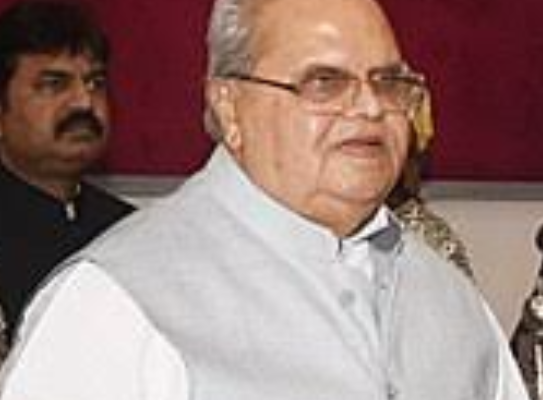 Srinagar, Jun 22 : The Jammu and Kashmir Governor Administration is all set for the major reshuffle in the coming days, according to sources, a major replacement of almost all the advisors of the Governor Sat Pal Malik is in the offing.

Highly placed sources told Onlykashmir[dot]in, that following after the conclusion of the ongoing program “Back to Village” the Governor is all set to replace his advisors.

Sources said that Former Chief Secretary Vijay Bakaya (IAS) who served the state in different capacities for 40 years may be called back.

The sources further indicated that Khurshid A. Ganai may also be relieved from his post. “The replacement of Ganai is being keenly discussed for which many names are doing the rounds,” the sources said to Onlykashmir[dot]in, adding, it is not yet decided yet whether only the portfolios are replaced or the incumbent advisors are relieved.

Pertinently, the governor on November 21 dissolved state assembly after the PDP, supported by the Congress and their arch-rivals National Conference, had staked claim to form the government, prior to this state was put under Governor Satyapal Malik’s rule after the Mehbooba Mufti-led coalition government was reduced to minority following withdrawal of support by the 25-member BJP in the state.