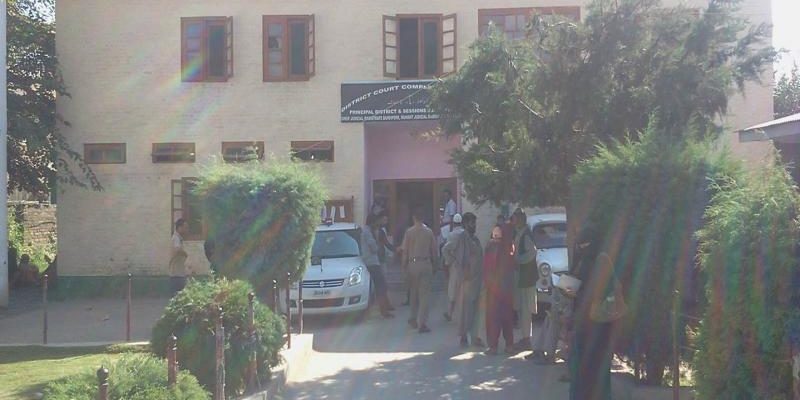 Srinagar, Mar 09 (KNB): District Bandipora is among the prominent areas of Kashmir valley with large number of populace depending on District Court for their legal and related needs , but thanks to Administration slow pace land demarcated three years back at Kaloosa Bandipora for construction of District Court Complex remains a dream .


Villagers are since three years not sowing on land hoping to transfer the demarcated land and get the required compensation .Pertinent to mention here that Bandipora was identified as among the places in India to have model court Complex .

Reliable sources state that nearly out of sanctioned 16.5 crore by the Department of Law, Justice and Parliamentary affairs for the total project the District Administration Bandipora has received 6 crore which is yet not utilized for the land acquisition .

A villager stated “We were hoping few years back that on our land soon model District court Complex will come up and thus provide answers to our major demand of having mega court Complex in the District but courtesy very slow paced system of ours things are not moving in right direction and we are the ultimate sufferers.”

Talking to the Kashmir News Bureau , DC Bandipora Sajad Ahmad stated- ” The file is with the government and we are hoping for final approval soon and we are also in process of special acquisition of more three to four kanals of land for the purpose of setting District Court Complex .”
Official at FC revenue office, while talking to the Kashmir News Bureau stated that file has been sent for final approval to Administrative department .


When contacted the Shahid Anayatullah as Commissioner/ Secretary to the Government, Revenue Department stated – “ We have already notified on 22 February the entire process and the District administration had to acquire land within 48 hours we don’t know why such delay has occurred.”
Without doubt on ground Bandipora Court Complex construction seems to be marred by snail pace administrative mechanism especially lethargy of DC and District Admin stands exposed. (KNB)