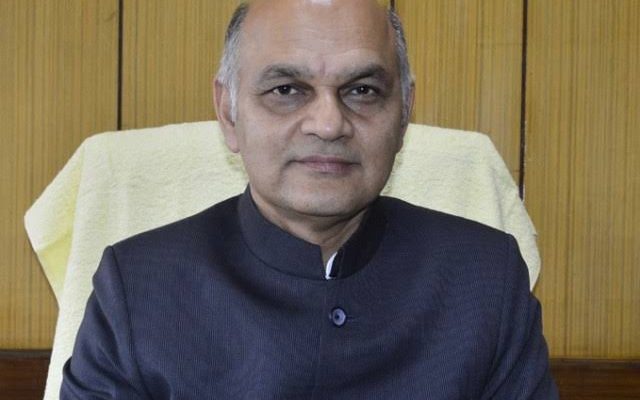 SRINAGAR, SEPTEMBER 11(KNB): Advisor to Lt Governor, KK Sharma today said that the third phase of the Back to Village (B2V)    programme would be an opportunity to the people living in rural and far flung areas to ensure holistic and need based development of their areas and government led by Lieutenant Governor is laying special focus on third phase of Back to Village programme beginning on 2nd of October 2020 for a period of 10 days.

The Advisor asserted in a statement to the media here today regarding B2V3 here today.

The Advisor said that the third phase would be preceded by 21 days Jan Abhiyan starting from  10th September which would give  people an opportunity  to highlight their needs and demands besides ensuring redressal of the long pending grievances. He said that the Abhiyan would also focus on providing awareness to public about various schemes  and their rights besides also ensuring benefits of different initiatives and scholarships to the students.

The Advisor stated that phase 2 was launched as a follow up to evaluate the works done by various departments after completion of Ist phase. He said that in Phase 3 of the same programme,through direct interaction with people their demands shall be ascertained by the designated officers who shall be staying in the village for 3 days and 2 nights.

He said that they would also be getting the requisite feedback about the status of implementation of various programs on the ground level as well so that they are fast paced and speeded up. “These would also serve as interactive sessions and also speed up the development besides getting the information about various programs at the ground level”, he added.

He appealed to the people to take full advantage of the initiative, maintaining that this exercise of administration, wherein governance is taken to the doorsteps of people at grass root level, is the beauty of this programme.

He said that there would be also a Block Divas  at the block level  every Wednesday in which the Deputy Commissioner of that particular district and Divisional Commissioner would also be visiting the blocks. Thereby giving the people an opportunity of getting their grievances redressed within the shortest possible time.

“The phase would catalyze development of Jammu and Kashmir and would serve as an eye opener as to how the pace of developmental initiatives can be percolated to the grass root levels”, Advisor maintained.