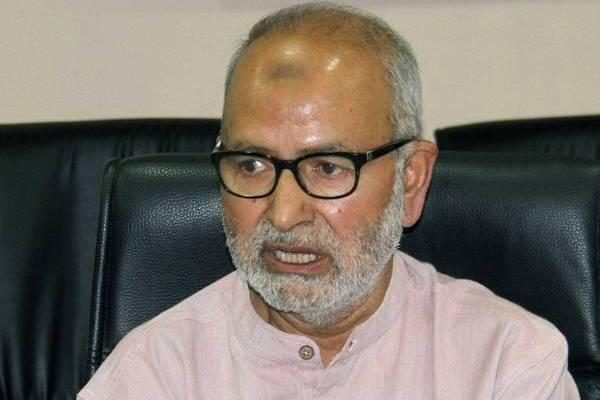 
Jammu, Jan 10: Minister for Education Naeem Akhtar today said that regularization of KGBVs (ReTs) has already been ordered by the Government and Directors of School Education have been asked to make necessary adjustments of the regularized KGBV teachers against available posts.

The Minister was replying to a question by MLA Ranbir Singh Pathania.

The Minister also informed that non-disbursement of salaries to the teaching staff under SSA is due to less receipt of funds by GoI against approved allocation and the matter has been taken up with GoI for early release of due installment of funds to the tune of Rs 928 crore. The outstanding salaries to SSA teachers shall be released as soon as the funds are received, he added

The Minister further informed that for establishment of Ramnagar Campus of Jammu University, land measuring 240 Kanals at Dalsar has been handed over to JU. Presently, the campus is functioning from Government Degree College Ramnagar.

The works for Ramnagar Campus are underway but due to some unavoidable reasons could not be completed within the stipulated time period therefore further extension for the completion of project were required from UGC. Therefore the work for the campus has been stalled till further extension is granted by UGC.

The Minister also informed that as on March 2015, the state had 146 schools with zero enrolment and more than 3000 schools with enrolment of less than 15 students. The department is now focusing its attention on rationalization to resolve this concern, he added.


The Minister said that J&K has 23684 Government schools including 3904 clubbed schools and 5292 private schools. (KNS)