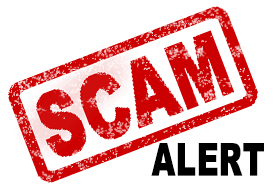 Bilal Bashir Bhat
Srinagar, April 09 (KNB): In a bizarre violation of SRO-157, the Directorate of Food, Civil Supplies and Consumer Affairs Kashmir (FCS&CA) has entertained private firms to meet its requirements of vehicles for carrying of food grains affecting the loss of 40% annual revenue to J&K State Road Transport Corporation (SRTC).
Reliable sources told Kashmir News Bureau (KNB) that FCS&CA in a violation of SRO-157 under which all government departments are bound to utilize the services of fleet available with SRTC (in meeting their requirements of vehicles) has given the contract of carrying the food grains to private based firms.
A high official talking to KNB on the basis of anonymity said despite the availability of 450 fleets with SRTC, the FCS&CA contacted with a private firm who owns mere 25 fleets, adding, the decision has cost the SRTC a loss of 40% annual revenue.
The official said FCS&CA are reasoning ‘high rates’ despite the fact , government recently without caring about the rates asked all the government departments, state owned PSUs and Autonomous Bodies to purchase cement from J&K Cements.
The SRTC employees said the department has saw bankruptcy in past years, however, it was not developing, adding, with this decision of  FCS&CA the loss of 40% annual revenue will undoubtedly effect the financial position of the department further .
When KNB contacted the Director FCS&CA he stated “the decision has been taken under government order No:  106/11/2016, Dated 09/12/2016,” he said and added SRTC lacks the required fleets and they  were getting it as low as 33% low rates from private firms.  He though assured that all the available fleets of SRTC would be first utilized for carrying food grains. (KNB)
Please follow and like us: