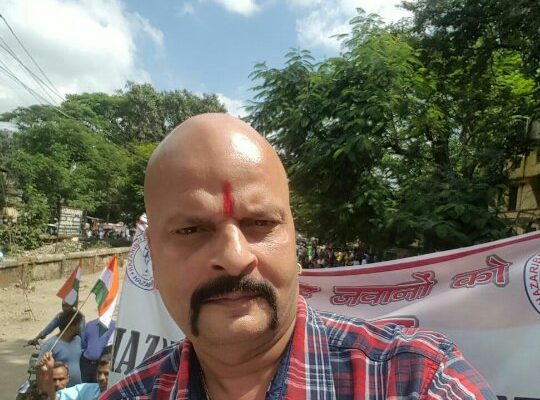 Jitendra Singh Sabu is the prominent artist in the world of Television and Theater and has over the years given some enthralling performances’. In an exclusive interview with The Kashmir Scenario, Jitendra Singh Sabu talks to Malik Sameed.

Jitendra Singh Sabu : We come to hear that separatist forces are behind the Kashmir unrest and violence.Basically, it is ploy of Pakistan to create disturbance in Kashmir as it is jealous of Indian progress and wants to foment trouble.

Malik Sameed: Why are people listening to shutdown calls ?

Jitendra Singh Sabu: It is just four to five percent negative people like Hurriyat, who are laying base for this upheaval and are behind this upsurge as the rest 95 percent people want peace.

These negative forces disturb and create such situation that everything seems abnormal, while as children of these leaders are studying in Canada and USA.


Malik Sameed: Your take on killings by controversial pellet guns ?

Jitendra Singh Sabu: The country leadership has talked of reviewing Pellet Guns and when these unfortunate circumstances are created good people also suffer due to their nefarious designs.
These negative forces should understand that Pakistan is failed nation and creating problems for all.

Malik Sameed: Even apple traders while boarding apples are being harassed by security forces?

Malik Sameed: Your take on Bollywood return to Kashmir?

Jitendra Singh Sabu: Bollywood will return to Kashmir when their is conducive atmosphere , and we are ready to accommodate Kashmiri youth in Bollywood.

Kashmiris should learn to live with country with feeling of love and hate feelings would be reflected by hate only.

Jitendra Singh Sabu: Such nonsense statement should be avoided , and he should be sent to border to know what our soldiers are facing.

Jitendra Singh Sabu: Pakistani artists are acting as double faced and speaking one language here and other there.

They should remain in their country and spend money that they use on terrorism on entertainment to produce stars and create good examples.


Malik Sameed: Your message to people of Kashmir ?

Jitendra Singh Sabu: I request people of Kashmir to let heaven on earth I.e Kashmir be heaven and respect it’s beauty and live with Peace and nationalism.