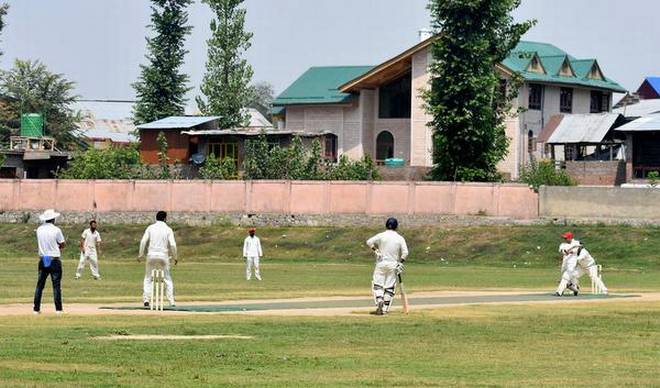 In the first match of day, Baghat Gymkhana won the toss and elected to bat first, they set a target of 201 runs for New Royal Traders XI. Though, chasing the target New Royal Traders XI played very well but failed to register the win and lost the match by 47 runs.
Asif Ahmad of Baghat Gymkhana who made 67 runs in 53 balls and took two wickets was declared Man of the Match. In the first inning,  Asrar Ahmad of New Royal Traders XI earlier also hit a half century.
In the second match of the day Baba Adam XI won the toss and elected to bat first, Tariq Ahmad played a trilling knock of 61 runs in just 47 balls. The team managed to set a target of 156 runs against the Odo Spartans.
Chasing the target, the Odo Spartans had a good but slow start, as such the result of the match was decided in last over of the innings.  The Spartans who needed 2 runs in last over with 5 wickets in hand registered their win in the thrilling match.
Khalid Ahmad was declared Man of the Match for his outstanding knock of 60 runs in just 46 balls. Newly appointed President of Beopar Mandal Mahraj Gung Srinagar, Mr. Khursheed Ahmad Dalal and senior member Liyaqat Ahmad Mir were chief guests at the presentation ceremony. While as senior members of organizing committee Shaheed-e-Milat T20 Cricket Tournament S. Manzoor and Tanvir Sadiq were also present on the occasion. (KNB)