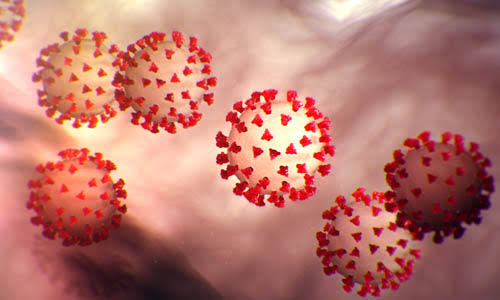 As humanity is collectively fighting the Coronavirus pandemic, it is confronted with critical ethical and moral issues that it has to address as never before and address fast. It isn’t the first time that humanity has been put to test and won’t be the last.
With each calamity that has befallen the human race, it has come up with a response. The casualties and the cruelties of the two world wars, particularly those that befell the Jews in the second, forced humanity to respond with the Universal Declaration of Human Rights. It isn’t that human rights didn’t exist earlier and that such rights didn’t evolve during peace times, but it was for the first time that almost the whole global population came up with a consensus for a detailed set of basic and essential human rights. The fundamental theme was that human dignity is paramount and people shall not be subjected to cruel, inhuman or degrading treatment. All this was in response to a situation where the calamity and the cruelty was imposed by visible human agency. Today the situation is equally dangerous except that the enemy/ agency is invisible and our ethics, morality and human values are being tested in noval ways.
Protection and safeguard of basic human rights is as tough a challenge as the fight against this global epidemic. The events of the past few months have shown that the entire global community had not anticipated a catastrophe of this proportion and was completely caught off guard. It was ill equipped mentally as well as in terms of logistics. We can see it as the tragedy is unfolding in all corners of the globe. While we are working hard on the logistics side, we are confronted with ethical and moral issues of equal propertions.
One of the greatest dilemmas that we are facing, in particular the developing world, is whether to shield the entire population by enforcing complete lockdowns to stop the spread of the disease to save people but that may lead to deaths by starvation and the resultant commotion/ anarchy ( that may in turn again lead to more intermingling and faster spread of the virus).
Again while enforcing a lock down shall we thrash those who break it with thick bamboo sticks or make them crawl or give them some other corporal punishment on the spot without any trial or opportunity to explain. We have already witnessed such punishments at different places. Are we not thereby compromising on human dignity?

Another moral dilemma is that in case the doctors and the nursing staff refuse to attend the corona patients in view of the increasing number of infections among them, shall we force them to work, some sort of conscription that we may have to resort to if the numbers of positive cases increases to an extent where we don’t have adequate medical staff to attend the patients.

Another moral dilemma is that in case the doctors and the nursing staff refuse to attend the corona patients in view of the increasing number of infections among them, shall we force them to work, some sort of conscription that we may have to resort to if the numbers of positive cases increases to an extent where we don’t have adequate medical staff to attend the patients. And if we don’t resort to such “conscription” we may have to leave patients in distress unattended.
Similarly how do we deal with the people who are Corona positive but we feel or know with some degree of certainty that they have further spread it to others, whether innocently or through negligence. Shall we sympathise with them or villify them? We have already failed this ethical/ moral test by villifying various groups and, at places, those who have attended and treated Corona patients. Shall we be phobic enough to repeat it? Or shall we be brave enough to treat all these people with empathy and dignity?
Right to a decent burial
Every human being has this inalienable right that after his death his body be treated with dignity and be given a graceful farewell. While videos on social media showing mass burials of body bags may be and are most probably fake, we still have to come up with an idea as to what could be a dignified burial that can be given to people who die of this virus and how far her/ his religious beliefs as to burial can be allowed to be performed?
While I have absolutely no doubt that humans shall overcome this cruelty, the question remains whether we shall come up with another charter, a more humane one that we shall follow in letter and spirit willingly and without any coercion. We have no choice except to keep the fine print of our next set of moral and ethical standards ready.