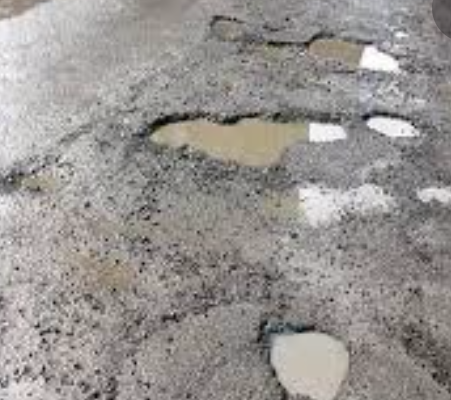 Srinagar, July 09(KNB): R&B department as the name signifies, all the government constructional works of roads and buliding come under this department but the situation on ground is far away where despite having sufficient funds, the department has failed to start the new construction of roads and other vital projects in whole valley with the result developmental work has taken a back seat with each passing day.

As of now there is not a single road that has been found in good condition, while  the construction of various government buildings is still pending  sanctioned many years ago by their former legislators in their respective constituencies.

One such example is Qamarwari road widening project which authorities from last many years have failed causing immense hardships to the commuters where Qamarwari junction often witness huge traffic jams due to the choked road.

A daily commuter said, “Because of the Government’s non-seriousness,people are suffering a lot as they often get stuck in traffic jams for hours as this is one of the main road link that connects north Kashmir with Srinagar and still R&B department is not serious about the completion of the project.”

He further said, “the road stretch from Qamarwari to Bemina to Batamaloo  has developed potholes and no repair work has been taken on the road so far by the R&B.”

Another such example is of incomplete bridges since decades as three vital bridges over the river Jhelum in the summer capital Srinagar like Qamarwari Cement Bridge, Shalteng Bridge and one more  at Palpora area are still under construction  while people of the city continue to suffer.

Likewise residents of Baramulla, Kupwara, Bandipora and many other districts of North Kashmir are also suffering due to the negligenceof department as many roads and buildings including schools hospitals are waiting for the compelition of construction work.

While talking to Kashmir News bureau Chief Engineer R&B department Sami Arif said, ” we were having some funds issues many funds were pending due to which these projects were under construction but now the matter has been sort out and we had started immediate action over all incomplete projects and within some more time these projects will be completed.”(KNB)