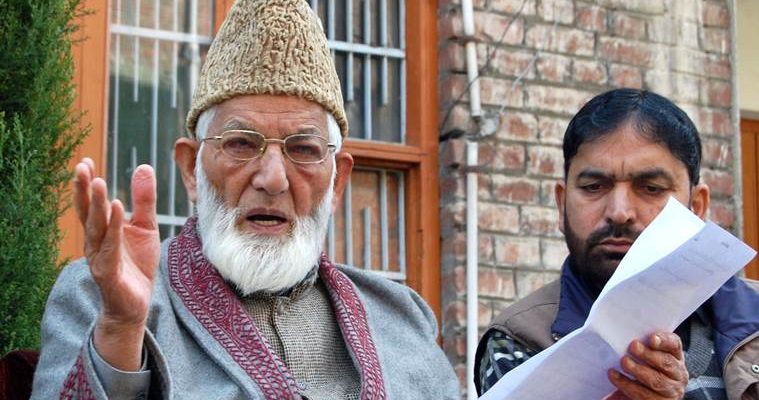 After arresting, police took him to unknown destination: TeH

According to Tehreek-e-Hurriyat in a statement issued to KNS, the party spokesman said that police in civil dress were chasing him and arrested him during the raid.

“His all political activities were peaceful and open. During recent period police launched a hunt and raided his residence and arrested his brother and ailing father. Police during raids his residential house and ransacked his properties .Farooq Ahmad during all these days organised peaceful public meetings and resisted occupation,” said TeH.

The spokesman while condemning his arrest said that during all this period, Bhat displayed an exemplary valour and dedication. Police after arresting him took him to unknown destination.
Meanwhile, Chairman Tehreek-e Hurriyat Syed Ali Geelani has expressed his deep grief and sorrow over the demise of Er Sheikh Nazir Ahmad (Baramulla), and said that late Engineer was highly educated, sincere and founding member of Tehreek-e Islami, on his directions a deputation Tehreek-e-Hurriyat leader Peer Saifullah alongwith Mohammad Yusuf Mujahid and Ghulam Mustafa Wani visited the bereaved family and expressed their solidarity.

Meanwhile, another deputation led by Peer Saif Ullah visited Moulana Alhaj Tyeb Kamili and expressed sympathy and condolences on the death of his wife. (KNS)