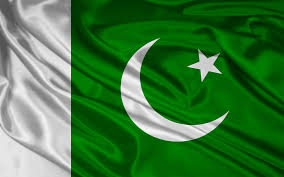 
Lt Gen Akhtar, who was at the centre of a controversy following a Dawn newspaper report which said that the Nawaz Sharif government had told the army to either act against terrorists or the country would face international isolation, has been appointed President National Defence University.
The new ISI chief possesses a vast experience in the field of intelligence and has headed the counter-terrorism wing of the spy agency in Islamabad. He was commissioned in the Armoured Corps regiment in 1983.
A graduate of the Command and Staff College, Quetta, National Defence University, Islamabad, and War Course USA, Mukhtar has also commanded a Mechanised Division.


As part of other major changes in the army’s top brass, according to the statement, newly-promoted Lt Gen Bilal Akbar has been appointed Chief of General Staff while Lt Gen Nazir Butt — presently President of the NDU — has been appointed Corps Commander Peshawar (11 Corps), replacing Lt Gen Hidayat- ur Rehman.
Rehman has been appointed Inspector-General Training and Evaluation (IGT&E) at General Headquarters (GHQ).
The appointments are seen as a move by the new army chief Bajwa to put in place a ‘new team’ after taking charge on November 29 as the 16th Chief of Army Staff.

A career infantry officer belonging to the Baloch Regiment, Bajwa is said to have extensive experience of handling PoK affairs and northern areas of Pakistan.

Lt Gen Sher Afgun has been posted as 31 Corps Commander which is based in Bahawalpur near the Indian border, while newly-promoted Lt Gen Muhammad Afzal will continue as DG FWO and Lt Gen Naeem Ashraf has been appointed Chairman Heavy Industries Taxila (HIT).

The new army chief has not announced the names of incoming heads of Inter-Services Public Relations and Rangers in Sindh.
Officials said he might consult the political leadership before making the “politically sensitive appointments”.