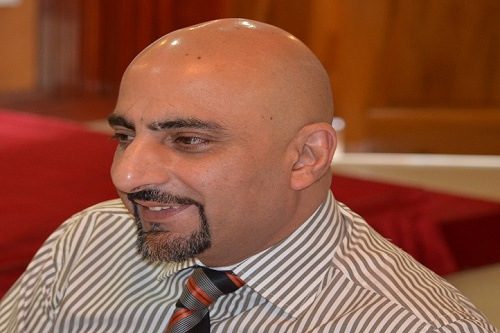 ‘Mufti failed my dream, but will set up best hospital in Kashmir even if I have to go door to door to collect money’

Noted medico Dr Sameer Kaul had quit PDP at a time when the party grabbed power in the conflict ravaged state of J&K. When PDP was out of power, Kaul was the main voice who would speak on all the crucial issue. But Kaul’s sudden exit from the PDP surprised many. Neither PDP nor Kaul ever explained the reasons what actually led to the divorce between the two.

Almost after a year, Mufti’s one close and trusted man Dr Sameer Kaul tells Kashmir Scenario what forced him to say goodbye to the three year long journey with PDP-the party which demands self rule in J&K.

KS: What were the reasons to say good bye to PDP?

SK: As a national spokesperson I had few objections with PDP. PDP leadership instructed me to start a massive anti-BJP policy in the state so that BJP is stopped from entering valley. It was before elections. Post the polls, I saw a complete U-turn of political principles. I thought it is better to quit instead of compromising with my conscience and principles.


KS: How do you differentiate between pro-India and pro-freedom politicians?

SK: Pro-India also called as mainstream in Kashmir prays on separatists (Pro-freedom) agenda. During the last 50 to 60 years, we have understood if the separatists are given their own space which was traditional about 25 percent to 30 percent, then they will compete with each other top leadership issue which has been haunting them from last several years now. We know there is an ego problem in the separatist camp.

Mainstream politicians have successfully been able to hijack the separatists’ agenda. Since 1947 the separatists are struggling to solve the vexed Kashmir issue politically and they had been allowed to continue their struggle. But amid this mainstream parties have been able to divert the people towards development and governance.

KS: How do you see the relations between Muslims and Pandits in Kashmir in the present times?

SK: There may be not so good relations between Kashmir Muslims and Kashmir pandits in the present times, but that doesn’t mean they have not been better in the past or they can’t be better in the future. When PDP joined hands with BJP, how did Mufti Muhammad Sayed agree to barter away an essential Kashmiri component society only on basis of religion (Yum Aes hah hind tay Karen BJP Hawal). If Kashmir Muslims have Islam as their own distinct character, so do have Kashmiri Pandits aseprate Hindu character.  I quit PDP because of all these issues. Even Mufti Sahab had offered me the post of Medical Adviser to Chief Minister, which I rejected.

KS: There are rumours that you are going to launch a political party. Tell us more about it.

SK: Well, there is no plan yet, there are already many political parties with a lot of mess but I will choose the better party and less morally corrupted.

KS: Do you think J&K’s political parties failed to entertain Kashmiri pundits? What have been the reasons underlying this?


SK:Kashmiri Pandits never had numeric value, now scenario has changed as in the latest elections the Muslim votes got divided and Kashmir migrants votes mattered. In the new scenario of politics their vote will matter. BJP is introducing people like Anupam Kher in Kashmir and according to me it is great step.

KS: You were also treating hardline separatist Syed Ali Geelani, how was the experience with him?
SK: Extremely good! We share personal relationship with each other. I have good love and regard for Syed Ali Geelani. Neither have I interfered with his political philosophy nor does he interfere with my philosophy. We have a doctor-patient as well as human love relationship.
KS: What is your take on renewed PDP-BJP government?

SK: I hope for the sake of Jammu and Kashmir people, this government works because common man is suffering. But I have serious doubts like if Kashmiris feel that Sheikh Abdullah made the first blunder for selling them out, then by that perception of people the PDP will be the second. But my best wishes are with them.

KS: Have you ever thought of establishing a professional health institute in your native land Kashmir?

SK: Every day and night I am with the thought that how can I establish a big hospital where poor people can come for treatment. It is one of the reasons that I left PDP. Once Mufti Sayeed promised me for setting up a best medical institute but unfortunately he batted the whole thing away and inducted person like Lal Singh as a health minister.

Still it is my dream to establish a hospital in Kashmir and for that I will go door to door to make money. I will not take single penny from government.