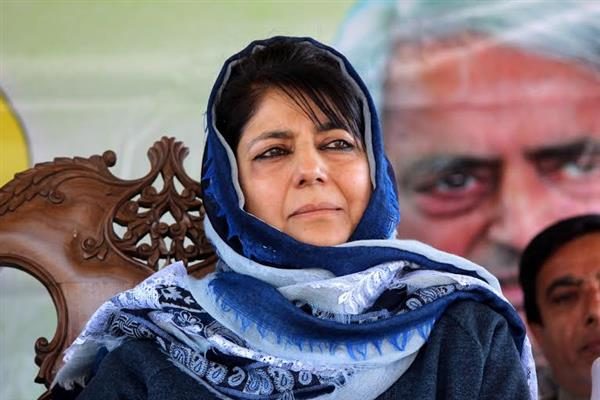 Ever since the evening of 8 July when Kashmir was engulfed in agitation after killing of Militant Commander Burhan Wani ,killings, injuries, blindings and arrests have defined life in Kashmir.


What has been confusing is the total path of confusion followed by Chief Minister Mehbooba Mufti in tackling the situation.First she uses five percent terminology to define the unrest stating that just five percent are responsible for Kashmir mass uprising and on the other hand appealing to leaders of pro freedom camp whom he calls part of five percent to treat her as daughter.

As opposition leader Mehbooba Mufti was vocal against every innocent killing and as Chief Minister he is terming those killed innocently as attackers, part of violent mobs.

Using statements like those who got killed had not gone to buy Milk or Toffees shows the level to which Mehbooba has been corrupted . His thoughtless advisors the so called young brigade of PDP has made a joke if itself by insensitive statements and thoughtless Facebook status and tweets.

Mehbooba seemed brilliant and visionary as opposition leader but she seems confused and power lust as rulers.