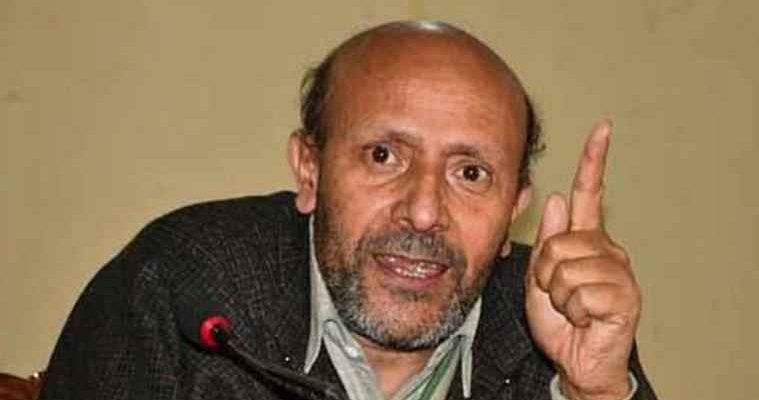 Sunday, December 25th, 2016: In a new twist to the raging West Pakistan Refugee controversy, restive lawmaker Engineer Rasheed on Sunday asked Government of Pakistan to fulfill its moral and legal duties towards its citizens living in Jammu and Kashmir and settle them back to their ancestral places in Pakistan. This has given the WPR issue a new angle that involves Pakistan to the crisis directly.

“People of J&K welcome the stand taken by Pakistan asking Delhi not to indulge in changing demography of the state,” Rasheed, according to his party spokesman Inam Un Nabi, told a gathering in Bomai Sopore. “However one has to see the humanitarian angle of WP Refugees. They being the natives of Pakistan, as such Pakistani Government must make an unconditional offer to take these refugees back. People of J&K see the issue purely through humanitarian view and nobody wants to see it through communal prism. “

“Delhi has indulged in a shameless propaganda and is trying to give the impression as if majority community of J&K are opposed to issuing domicile certificate to WP refugees only for the reason that they are Hindus,” Rasheed said. “By saying so the Indian media and politicians are not hiding their intentions that they want to change the demography of the state. However everybody has to rise above politics and while protecting sovereignty and integrity of our state, Pakistan needs to come clean over the issue and prevent Government of India from giving excuses and communalizing the issue.”

Rasheed hoped that Pakistan would certainly discharge its duties over the issue and make an unconditional offer to resettle these Pakistani citizens back in their motherland.

One of the vocal voices against issuance of domicile certificates to WPR, Rasheed was on protest outside the official residence of Chief Minister at Gupkar braving chilly winds. He was forcibly taken away from the spot by police after a night long stay under open sky.