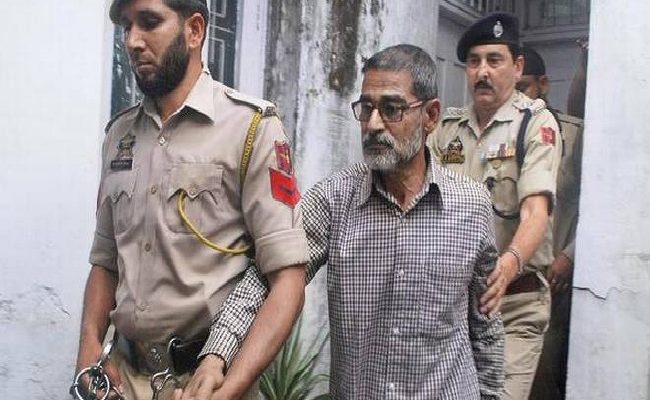 Srinagar, June 10(KNB): The special court in Pathankot on Monday convicted six out of the seven including the mastermind Sanjhi Ram accused in the soul threatening murder and gang rape of an eight year old girl Asifa of Kathua district in Jammu and Kashmir.

District and sessions judge Tejwinder Singh earlier on June 3rd announced that the verdict was likely to be delivered on June 10 and today it ended with conviction of main accused Sanji Ram along with Anand Dutta, Parvesh Kumar, Deepak khujuria, Surendar Varma and Tilak Raj while Sanjhi Ram’s son has been spared.

Pertinently, eight year old girl Asifa was allegedly kidnapped on Jan 10, 2018 and was brutally raped and murdered in a small village temple of Kathua district in Jammu and Kashmir following which outrage was led across the country.

However today six among seven accused including Sanji Ram were convicted while as Vishal Sanji’s son was spared, all the convicts could face minimum life prisonment and maximum death penalty.
Meanwhile, Former chief ministers of Jammu and Kashmir Omar Abdullah and Mehbooba Mufti welcomed the verdict of the Pathankot court in Kathua gangrape-murder case.

While Abdullah called for severe punishment for the convicted, Mufti hoped that loopholes in the judicial system would not be exploited.(KNB)