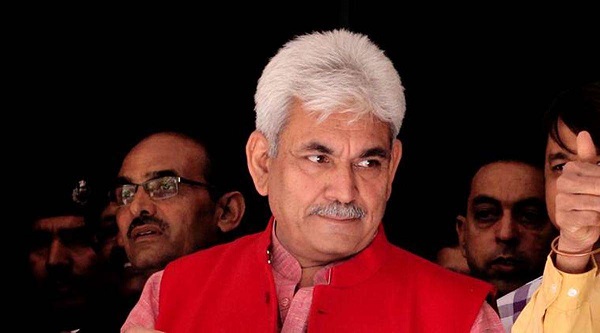 Says this is just a beginning, much more in offing; structured mechanism for transporters, auto-drivers, houseboat owners, shikara wallas soon; Exemption of stamp duty for all borrowers till March 2021

Srinagar 18 Sept: Jammu and Kashmir Lieutenant Governor Manoj Sinha Saturday announced a mega economic package of Rs 1350 for reviving the ailing business sector of the Union Territory stating that “this was just a beginning and much more was in the offing.”

He also said that the government was mulling a “structured package” for transporters, drivers, auto-drivers, house boat owners and shikara wallas.

Addressing a press conference at Rajbhawan, J&K LG Sinha said that when he took over the reins of the UT a month ago, he had stated that resolution of people’s issues wasn’t possible without the participation and support of common people.

“On August 18 this year I met almost 35 delegations from various sectors after which a committee headed by my advisor KK Sharma was constituted. And I am happy that the committee has submitted its report in a time-bound manner,” the LG Sinha said according to news agency—Kashmir News Observer (KNO). He said that he was glad to announce that for the first time an official committee has submitted it’s report in the shortest possible time.

The LG said that the committee has recommended an economic package of Rs 1350 Crores for revival of ailing business sector in J&K. “I am glad to announce this package today with a message that this is just a beginning,” he said.

He said that Rs 1350 Crore economic package is apart from Rs 1400 Crore package announced for J&K under Aatma Nirbhar Abhiyan of which Rs 6000 is for power sector reforms etc.

The LG Sinha said that the government is also mulling a separate “structured mechanism and package” for the taxi-drivers, transporters, auto-drivers, houseboat owners, Shikara wallas, and other affected people, who have suffered one or the other way in the past 20 years.

He also announced stamp duty exemption till March 2021 for all borrowers. “I would like to announce that from October 1, special desk will be set up at every J&K Bank branch for youth including entrepreneurs,” the LG said.