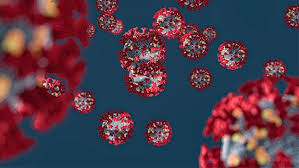 Srinagar, May 31 (KNB): An IAS officer, two Special Security Group (SSG) commando and sixteen pregnant women were among 105 fresh positive cases reported on Sunday in Jammu and Kashmir, taking the overall tally of the infected persons due to novel Coronavirus to 2446.

As per the reports, among the fresh cases, 24 were reported from Anantnag, 17 from Kulgam, 15 from Baramulla, 11 from Budgam, 10 from Kupwara, 8 from Srinagar, six from Jammu, three each from Kathua and Rajouri, two each from Shopian and Ramban and one from Samba.

According to SKIMS officials, out of 723 samples processed at the viral diagnostic lab Soura since last update, 21 returned positive including 11 from Kupwara, seven from Srinagar, one sample received from CMO Srinagar, three from Anantnag  and one from Shopian.

Meanwhile, out of 125 samples processed at the SKIMS Bemina hospital’s diagnostic laboratory till 1830 hours today, two came out to be positive including 36-year-old man from Ohangam Budgam and  27-year-old from Hyderpora Srinagar

Moreover, out of 510 samples processed at Microbiology Lab at CD hospital, 50 came out to be positive which includes 17 from Kulgam, 15 from Baramulla, 12 from Anantnag, three from Tral Pulwama, one each from Srinagar, Shopian and Budgam while as among the sixteen pregnant women, ten are from Baramulla, five from Kulgam and one from Anantnag district while as one employee, nursing orderly in Microbiology, at CD hospital also tested positive for the virus.

Earlier, for the first time since the outbreak of the pandemic two Special Security Group (SSG) commandos have tested positive for novel cornavirus in Kashmir Valley.

However, the IAS officer’s test returned positive late last night, only a few hours after he participated in a high-level meeting attended among others by a Financial Commissioner, a Principal Secretary, a senior officer in the Disaster Management Authority and officials in the Health and Medical Education Department.