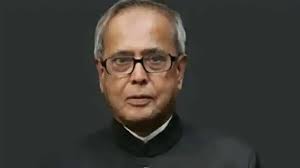 Former President Pranab Mukherjee passed away on Monday, his son Abhijit Mukherjee tweeted. He was 84.

Mukherjee was admitted to the Army’s Research and Referral Hospital on August 10 and was operated for removal of a clot in the brain. He was also tested positive for COVID-
19. He later developed a lung infection.

His condition after the surgery worsened and he was in a deep coma and on ventilator support.

A powerful orator and scholar, Mukherjee had been a Congress stalwart before he was elected as India’s 13th President and served from July 2012 to 2017 in the top post.