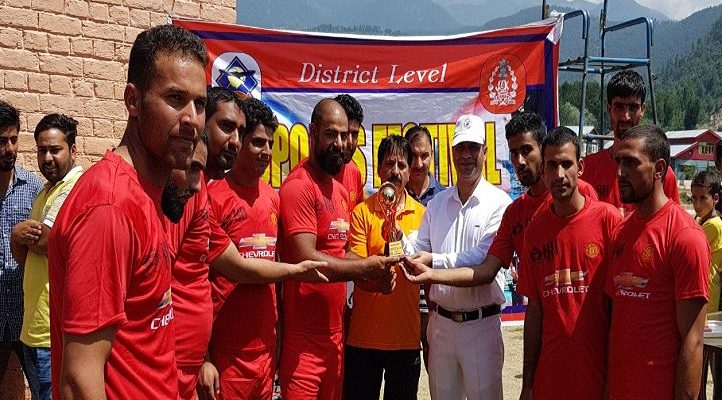 According to details, the concluding ceremony was attended by SSP Bandipore Sheikh Zulfikar Azad and was the chief Guest on this occasion.

Addressing the closing ceremony, SSP Bandipora  stressed the importance of providing healthy recreational facilities to the youth of the Bandipora to keep them positively engaged.

He also said “Police organize such events to provide a platform to the youngsters to showcase their abilities in sports field, and complimented the organiser of the event for making the festival a huge success.