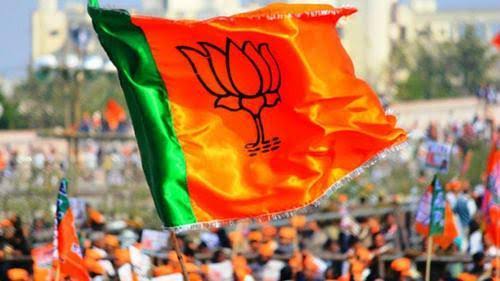 KNB Exclusive
Srinagar 06 May: Bjp leaders and workers from Kashmir on Sunday alleged that they have been illtreated and are upset with the functioning of state BJP leaders.

According to sources, the state top brass bjp leaders are sending list to security agencies on pick and choose basis.
A grassroots worker stated on condition of anonymity..
“My name was deleted twice from the list because i failed to impress and plead to top brass of State Bjp leaders.

The security was withdrawn from Gulam Ahmad Mir and the matter was taken up with state Bjp leaders but no response was given.”

However, Another BJP leader on the basis of anomitity said that “State top brass leaders of Bjp are sending list to security agencies of their own choice.”

“In Kashmir, its not easy to run a BJP party as the situation is worst and to work in this condition is to play with own life.” He further said.

Pertinently, the height of orphan treatment is such that slain BJP leader Ghulam Ahmad Mir used to out of fear live in BJP office where his son works as peon, but the slain was dragged out of from that place as well by party leadership.

Sometime back a BJP worker was killed in Shopian as well. The ground realities clearly suggest that the rooted workers and leaders of BJP are walking a tight rope, with nepotic and indifferent leadership and militant threat.