The event was inaugurated by Deputy Commissioner Bandipora, Sajad Ganai and Addl. Superintendent of Police Stanzin Losal. The main purpose of festival was to provide a proper platform for the youth of the Bandipora to show their talent and help them to maintain their physical fitness.

However, almost 2000 people attended the event. A large number of students are participating in this mega event.

Around 250 for WUSHU, 200 for Kickboxing participated  in Sub Junior, Junior and Senior category. 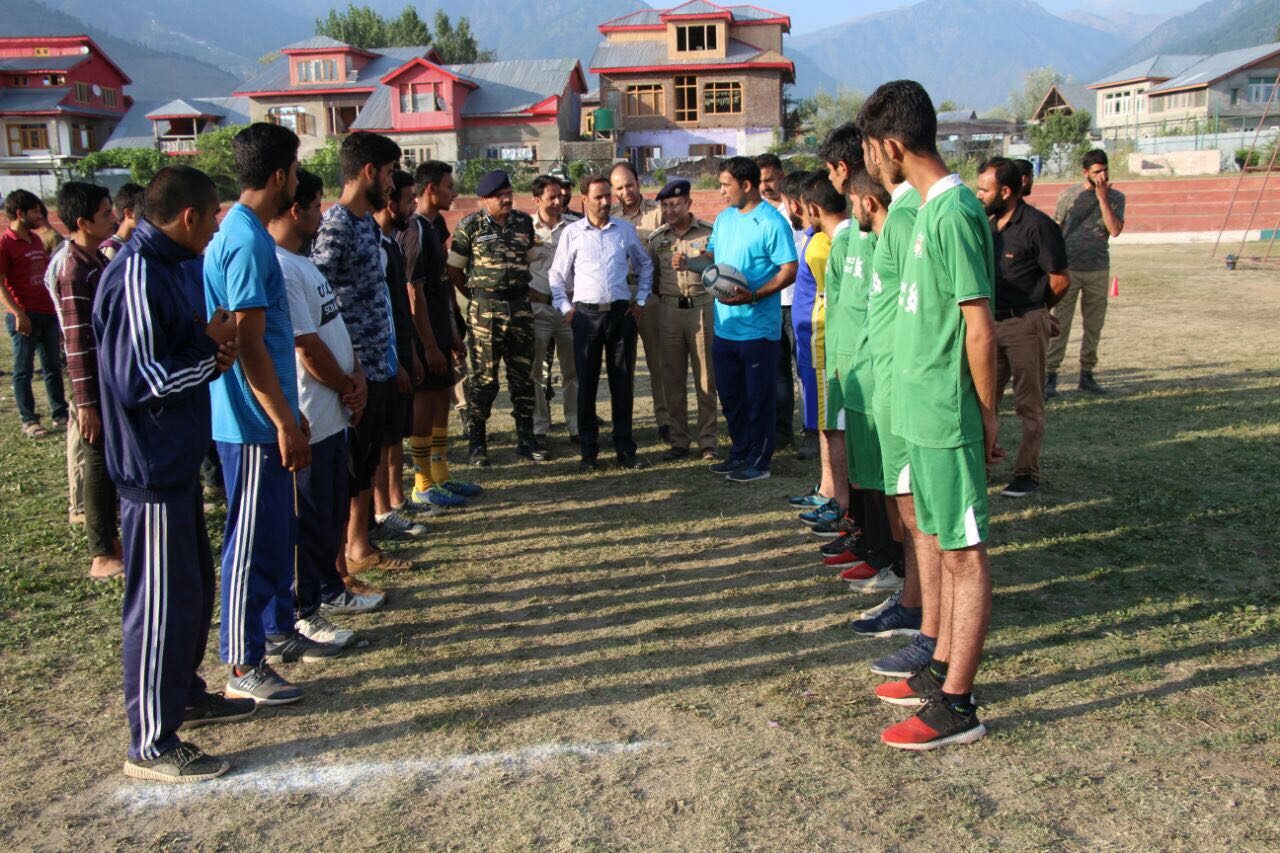 However, 16 teams of Football and eight teams each for Volleyball and Kabadi are participating in this mega event.

During the inaugural ceremony of Mega Sports Festival, first Match of kabbadi was played between JKP and Tarkpora in which the team of JKP was declared as winner while in volleyball Chakrishipura won the match from JKP, in Rugby Ali Sports Academy team won the Match from Rugby warriors of Plan Bandipora.

Earlier Addl. SP Bandipora welcomed the Chief Guest and Participants on the occasion. DC Bandipora hailed the role of District Police for organizing the mega festival which help in inculcating sports culture among youth.

It is pertinent to mention here that the week long festival will conclude on Sunday 27th of august 2017 in which three teams of each event selected will participate at Range , Zone and state level subsequently.