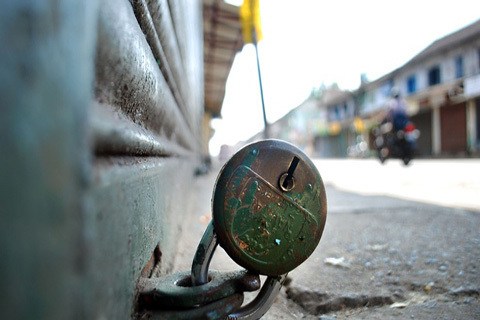 Srinagar, July 28, (KNB): Jammu Kashmir Civil Society Coordination Committee ‘We the people of Jammu and Kashmir’ has called for a complete shutdown on August 6-the day when Supreme Court will hear a petition with regard to the revocation of Article 35A.
Jammu Kashmir Civil Society Coordination Committee members including Muzaffar Shah, Jagmohan Singh Raina, Advocate Mir Javaid and Mufti Nasir-ul-Islam called upon general public to observe the general strike on August 6 as a mark of protest against the judicial and legislative onslaught to Article 35A and Article 370.
“It is our collective responsibility as Nation to protect Article 370 and 35A from judicial and Legislative onslaught fixed on August 6, 2018 for hearing before the Supreme Court of India, putting challenge to State Subject Laws.”
“This is the litmus test to our national unity and resilience and we must join hands to protect the State Subject laws and resist the judicial onslaught. We will not allow Kashmir to become another Palestine and its residents homeless. The dirty game plan is in offing to abrogate article 370 and article 35A is BJP’s misadventurism,” they said.
They demanded that Supreme Court should dismiss the petitions filed for abrogation of Article 370 and Article 35A fixed on 6 August 2018. “The state government has failed to file a detailed response before the Supreme Court of India. The Governor being the constitutional head of Jammu and Kashmir under J&K constitution is under oath to protect the constitutional and legal status of J&K State and should take every step to defend the constitutional guarantees to the people of Jammu and Kashmir. Intelligentsia as well as political leaders are guilty of criminal negligence, being as bay watchers of the events taking place with reference to disturbing the constitutional and legal status of Jammu Kashmir State.” (KNB)
Please follow and like us: