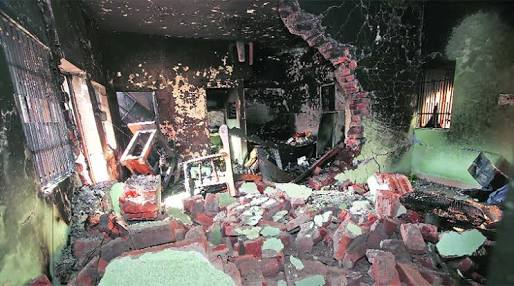 At least 11 people have been killed and more than 200 injured in Panchkula as Dera Sacha Sauda followers have gone on a rampage after a CBI court convicted Gurmeet Ram Rahim Singh of rape charges on Friday.

The rioters have torched at least two railway stations, a power grid and petrol pumps in Haryana. Media persons, including News18 staff, have also been attacked.

The Manohar Lal Khattar government’s claims of keeping the situation under control have fallen flat. The controversial godman-turned-actor now faces minimum of 10 years in jail since the victim was a minor at the time of the sexual assault.