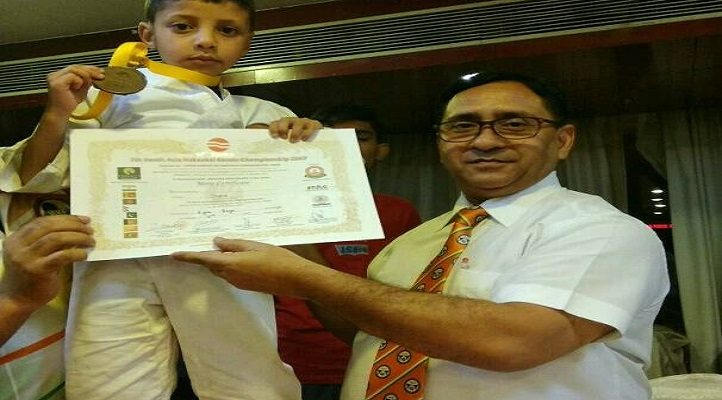 Mohammad Suhaib, a 5-year old boy from  Aloosa Village of North Kashmir’s Bandipora district, has emerged as yet another young star from the region after winning a Gold medal in the South Asian Karate championship held  at Meerut of Uttar pradesh from 28th April to 30th April.

Suhaib’s coach Faisal Ali while talking to Kashmir scenario said “This 5 year old kid is very active and quick as i trained him and saw ability to get the gold medal, It good to announce you that he has been selected for world championship to be held in Tokyo Japan in the month of August this year

Meanwhile, three more boys from the same academy bags silver in the South Asian Karate championship and has been selected for world Championship.