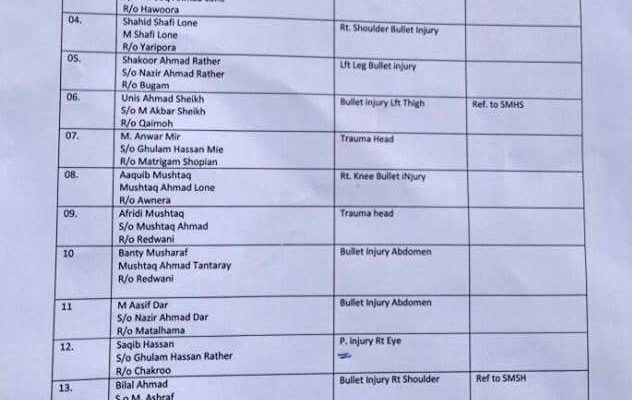 At least 15 civilians injured on Sunday after government forces fired pellets and burst teargas shells to break up protests near the encounter site in Frisal area of Kulgam on Sunday.


Clashes erupted after forces cordoned off the Nagbal village and conducted searches after inputs about the presence of militants.
Pertaintely, Four militants, two soldiers and a civilian were killed in the encounter that raged since early morning today. Three soldiers were also injured in the gunbattle, police and army said